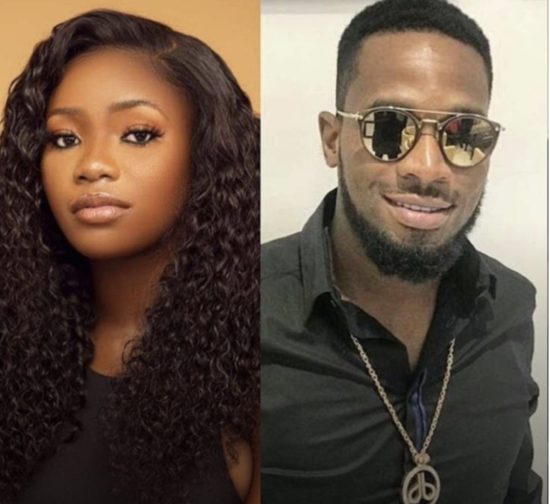 10 Top Nigerian Celebrities That Have Been Accused Of Rape.

Rape in Nigeria has become a serious issue of concern and more than ever before, more cases are being recorded.

In times past, rape culture was a rarity, but a lot more lately more victims are beginning to open up and name their abusers.

Several top celebrities have been accused of alleged rape and today we would be taking a casual look at some of them.

Without wasting time, let’s get right into it.

Nigerian singer, D’banj is the latest to suffer from an alleged rape case which is still presently on going.

Nigerian model scout, Benjamin Ese, a few weeks ago took to social media to allege that Dbanj raped his friend on December 31, 2018, at a hotel in Victoria Island, Lagos.

According to him, his friend was forced to share her story after the Kokomaster joined in preaching against rape on his Instagram page.

Benjamin in a series of shocking revelations claimed D’banj offered his friend N200k at an event to sleep with him, but she refused. It was also alleged that the singer went to the hotel where she had lodged for the night, got a spare key from the receptionist, entered her room and raped her.

The lady identified as Seyitan Babatayo later revealed herself, sharing more details about what transpired the night the singer allegedly took advantage of her. She took to twitter to share her ordeal in a series of now deleted tweet which has been taken down. The matter is still on going.

Popular Fuji music star, Abass Akande Obesere was also embroiled in a rape accusation in 2014. The news of his arrest came as a shock to several of his fans.

He was arrested after a lady identified as Miss Olanike Olaiya accused him of rape.

The lady said the act took place in Obesere’s house in Okoye, Lagos.

For the Fuji maestro, it was consensual but Olanike insisted it was rape.

She said she visited the musician for help and was raped in the process.

Former Nigerian super eagles star, Godwin Okpara is another top celebrity who was accused of rape. The twist in his own case was that he slept with his own adopted daughter.

Godwin Okpara’s adopted daughter, arrived in France as an 8-year-old in 2000 while Okpara played for French clubside, Paris Saint-Germain and Strasbourg. He admitted to sleeping with her once when she was 13.

Okpara was arrested in August 2005, found guilty in 2007 and sentenced to 10 years imprisonment. His wife was also sentenced to 15 years in prison too after she was found to have heavily maltreated and tortured the same girl

Nigerian veteran singer, African China was also accused of rape while he was in London for a show.

African China slept in a room with a white lady while in London, after she revealed she couldn’t go home, only for her to return with the Police and get the singer arrested.

His career has since taken a nose dive since the incident.

Highly successful singer, Timaya has been an outstanding musician who’s built himself into a fire to reckon with in the music industry.

But like the others on this list, the singer has also suffered a rape accusation back in 2015, when a lady identified as Sheila who was based in Atlanta

She came out to narrate her ordeal with the singer, but he denied such and claimed that everything they did together was consensual.

Senior Pastor of Commonwealth of Zion assembly (COZA), Pastor Fatoyinbo is a sensational minister of God who is known for his flamboyant lifestyle.

The man of God was accused of rape by singer, Timi Dakolo’s wife, Busola who claimed he raped her a long time ago while he was just a young Pastor.

The matter was however taken to the Police and then later in court where the matter was thrown out in an Abuja high court which claimed the case lacked substance.

It can also be recalled that the same Pastor was accused of rape by one Ese Walter, a few years ago as well.

Senior Pastor of the Synagogue Church of All Nations (SCOAN), TB Joshua is a man of great influence.

But with the influence also comes the controversy. The man of God was in the news, when a lady in 2019 identified as Bisola Johnson, accused him of rape.

She also alleged that the popular cleric held her captive for 14 years.

TB Joshua’s team shrugged the accusation off after claiming the lady has been mentally unstable for years.

Nigerian singer and comic, MC Galaxy is another entertainer who has been accused of rape.

She claimed the singer had raped her in 2010, but later took a U-Turn after claiming she made a joke.

The singer didn’t find it funny and promised to take legal actions for such a preposterous joke.

The talented singer was accused by a UK-based singer, identified as Daffy Blanc.

She took to her social media to share a terrible ordeal where she allegedly had with the singer where he attempted to rape her. She later deleted her tweets, and that’s the last we heard of it.

The singer was also accused of tweeting rape motivational tweets back in 2012, and he has since apologized after revealing he was naive at the time.

Nigerian singer, Ibrahim Olawale, like the others in this list recently came under fire after a lady on social media claimed the singer had raped her.

A couple of other women also came out on social media to reveal the singer has assaulted them se’xually and it didn’t take long before the singer revealed that his team was going to take actions against the ladies for accusing him falsely.