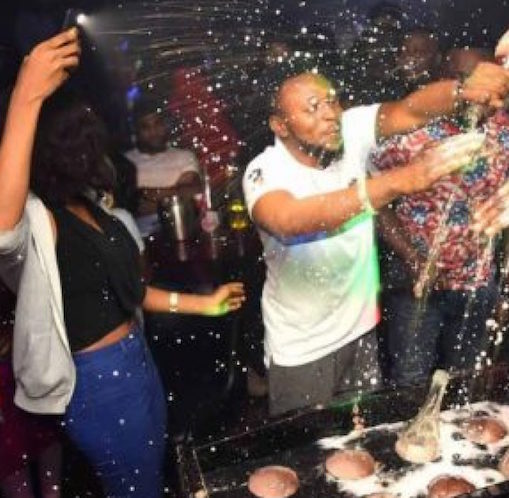 Nigeria Police Force on Monday debunked the news making the rounds that about 50 people died after attending an event at Akute, Ogun State.

“It’s a rumour,” Ogun police spokesman Abimbola Oyeyemi told The Guardian in a phone conversation. Phone calls made to the event centre where the party allegedly took place were unanswered.

A viral post on Twitter claimed that no less than 50 people were reported dead after attending a birthday party hosted by a suspected Yahoo boy, a Nigerian gland for an internet fraudster.

According to the report, the incident happened last week and since then there have been numerous reports of young people losing their lives in the area. 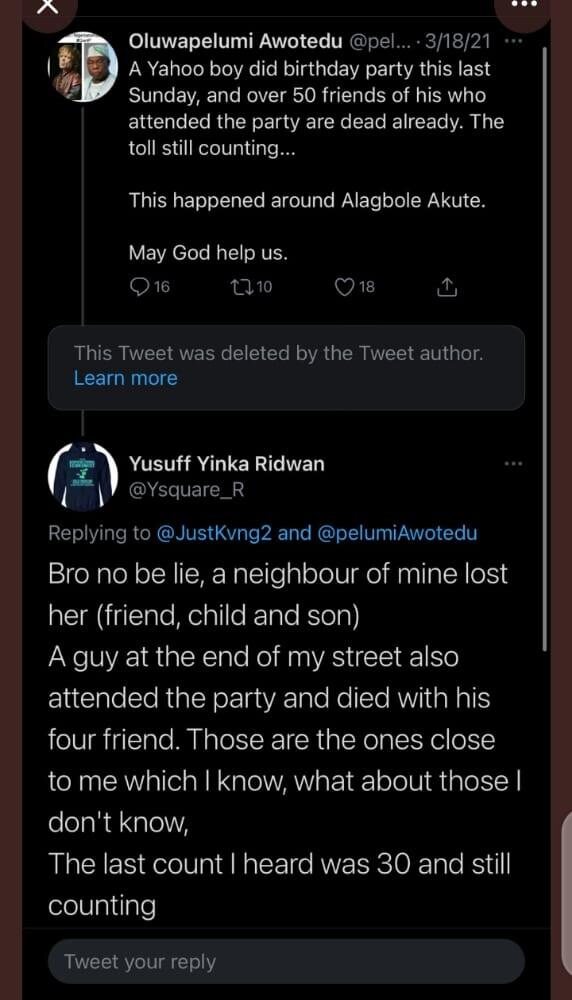 “A Yahoo boy did birthday party this last Sunday, and over 50 friends of his who attended the party are dead already. The toll still counting… This happened around Alagbole Akute. May God help us,” @pelumiawotedu tweeted on the 18th of March.

The tweets have been retweeted more than 200 times and several other Twitter users have waded in the discussion, corroborating his claims.

The tweet started getting attention again on Sunday after a screenshot of it was shared by a social media post aggregator @Postsubman published it on its Twitter handle.

Some fraudsters are known to be fetish, hence the rumour of the alleged mass death gained traction with many people who believed they could have been killed through diabolic means.