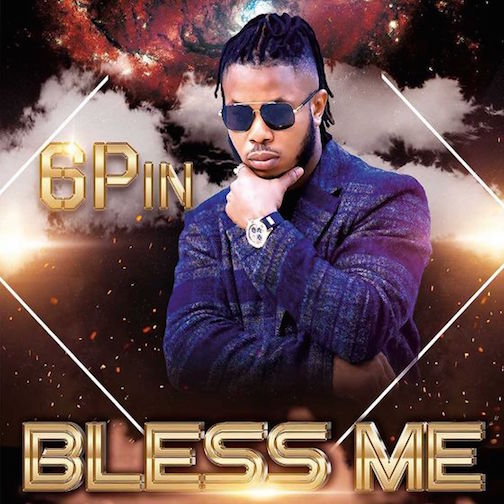 Talented singer, 6Pin is back once again with yet another potential hit single and video dubbed Bless Me.

It took the listening ears of 6Pin’s uncle to notice he had the gift of poetry and ability to put some word flow into action, and that was the beginning of his long journey into the ever-increasing music industry. For Comrade Izuchukwu Emmanuel aka 6pin, getting the right audience to appreciate his brand, while being in a faraway country, was one huddle he was bent on overcoming. That conscious fact brought him to that point where he had to undergo a self-examination, trying to figure out if he was indeed ripe enough to be devoured by the ever-growing music industry in Nigeria. Haven had his own far share of swindlers in the industry circle. He was really skeptical about taking the next move but as a determined young star; he was ready to deep foot into that ocean again without fear.

The inspiration behind his recently released record, BLESS ME, is a more of a person’s journey, his experience, his constant cry to God. A trip down his growing up days, it wasn’t all bed of roses as some might want to imagine and knowing that he’s not just the only one drinking from the well of hardship; he decided his story must be heard, not just for the sake of releasing a record, but to also be a form of mirror to the youth and everyone who has had and is having a rough path In the journey of life.

As an independent artist aiming for greatness in an industry filled with lots of talents and cash to go round, it’s been an interesting ride for him thus far, having to headline a few concerts outside the shores of this country and also being able to stamp his feet in the sands of history.

One major obstacle that seems to be gradually giving room for dominance, has basically, been the ability to have a steady fanbase and always wanting to be better than his last.

“With the feedbacks we have got so far from this project, we have decided to raise the bars a little higher so we always get to break new grounds with our projects so fingers crossed. Lots of collaborations, within and outside the Nigeria music industry. Fingers crossed,” he always likes to say.

Here’s the audio and video link to the chart topping record BLESS ME.