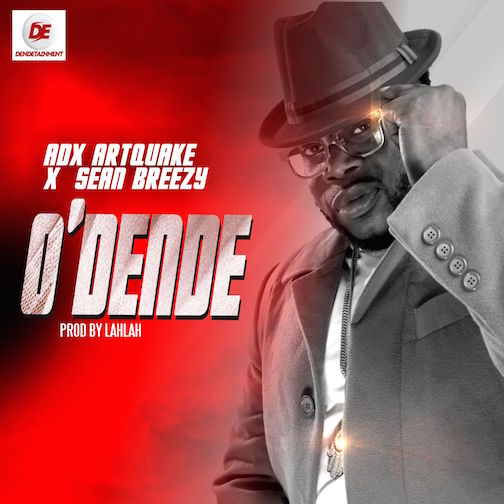 Adx Artquake unlocks a brand new single which he titled O’Dende in collaboration with Sean Breezy.

Hip hop maestro, and ‘Honourable Shaku Shaku’ crooner, Adx of the now defunct musical duo, Artquake has again hit the airwaves with yet another banger, O’dende.

Adx, whose real name is Adeniran Adegbite, has been on the game for about two decades, though with his friend and erstwhile partner, Ice K. After the separation two years ago, the famous Labule crooner has done not a few single, Honourable Shaku Shaku, Lemmu Shapally amongst others.

On the new single, Adx got Sean Breezy featured, and the jams was produced by Lahlah.