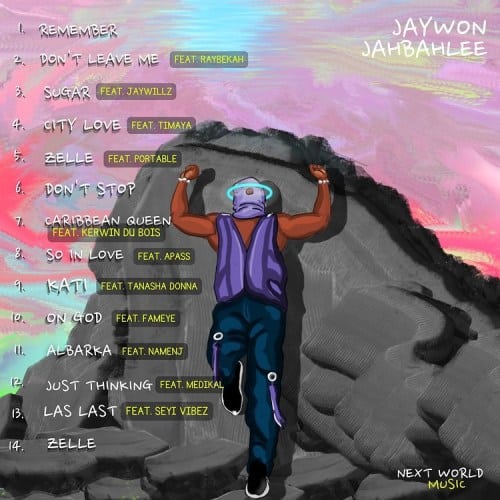 The new album boasts of an array of producers from Masterkraft, Irockclassic, Emzo, Dopatunes and many more, while the assembly of songs on the album holds guest appearances from Medical, Seyi vibez, Famaye, Timaya, Kerwin Du Bois, e.t.c.

Most of the songs on this album are stand out songs.

Fondly called ‘OBA ORIN’, Jaywon in his words: ’’Music is a spiritual thing. Music comes to me naturally, like someone is standing there and telling me what to sing.”

It is clear that the talented singer is on a mission to engage the spirits, provoke insight into his music and inspire us to a full tank in an ecstasy of musical savour, but most importantly, Jaywon’s third studio album is an evolution, an adhesive which makes the Superstar’s music a touchstone to everything he believes and stands for.

“Jahbahlee” will not only engulf listeners in the unique sounds, live instrumentation and vibes, but will celebrate Jaywon’s love and appreciation for the hood & his inspirational journey with standout tracks such as “On God, Don’t Stop, Albarka”.