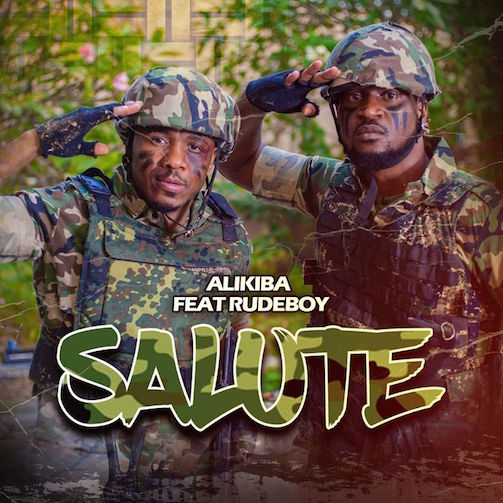 Tanzanian heavyweight artiste, Alikiba is back once again with his latest track dubbed Salute in collaborations with Rudeboy.

It’s an afropop tune that seamlessly fuses Swahili and English language together as it delivers its masterpiece resultant sounds from both artistes of the two languages.

Alikiba, a rising sensation from the East African country, had promised fans a consistent dose of his music medicine and keeps to his word with this one.

In addition to make it a better statement, he tags along some extra-cultural essence by deploying the artistry of Rudeboy who was part of one of Africa’s biggest music duo.

However, the new record is also forming part of the Tanzanian’s music project and is produced by Yogo Beats