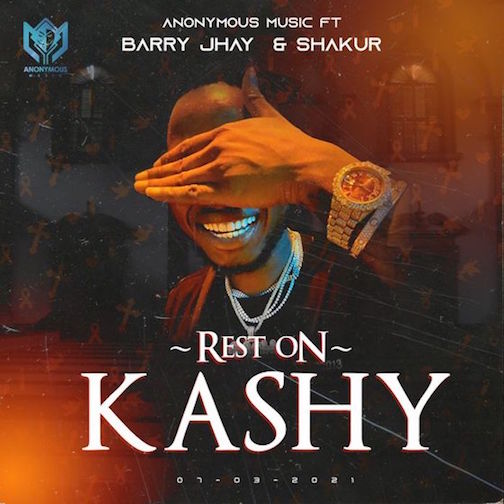 Talented singer, Barry Jhay comes through with a new highly catchy tribute song for his lately deceased chairman, Kashy and he titled this one “Rest On Kashy”.

After going on a low for months, cause he was allegedly suspected for the death of his boss, Kashy, the energetic singer, Barry Jhay debut this incredible soundtrack.

The song was released under the umbrella of Anonymous Music and it was produced by fast rising producer.