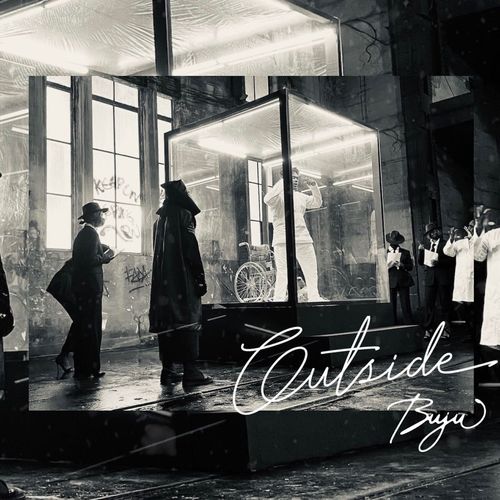 Sensational singer, Buju is back once again with yet another potential hit single titled Outside.

Having paid his dues on the Nigerian music scene with hit songs including “Spiritual” featuring indigenous rapper Zlatan, and one of 2020’s biggest single, ‘Lenu’, Afro-fusion singer/songwriter, Daniel Benson, better known as Buju, has released yet another smashing hit single titled ‘Outside’.

This is following his features on chart-topping, widely acclaimed singles like Ladipoe’s ‘Feelings’ and Blaqbonez’s ‘Bling’.

‘Outside is Buju’s first musical project in 2021 and is produced by award-winning Nigerian multi-talented producer, Blaise Beats, who is known for his versatility in creating hybrid sounds from a blend of different music genres.

Buju’s ‘Outside’ is undoubtedly out to earn spots on playlists nationwide. The versatile singer relies on modish Afro sound, mid-tempo drum syncopations, and heavy bass influences caressed by his melodic vocals to score deserved points. On this single, Buju is modest yet dynamic with lyrics that chronicle his musical journey, detailing life’s rough patches and his bold steps towards expanding his intellectual capacity as he sings “…for knowledge, I sacrificed my fears…”

On ‘Outside’, Buju admits that ‘..nobody holy pass…” as he preaches perseverance, forgiveness, patience, and hard work. This masterfully produced Afro-indebted tune will leave you in awe of Buju’s musical gravitas. The soon-to-be-released visuals of ‘Outside’, directed by TG Omori is one to look out for.