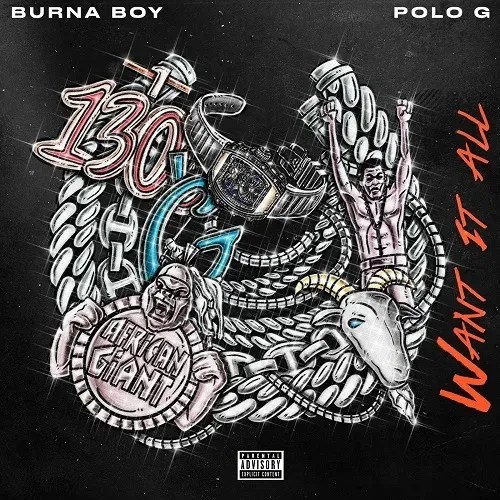 African music export, Burna Boy resurfaces with a brand new single which he titled Want It All in collaborations with American rapper, Polo G.

This come after the successful release of his trending record titled “Question” which features Mavin Records head honcho, Don Jazzy.

However, the new song was lifted off his awaiting album. In addition, he announced that he would not be dropping an album this year, as at last week.

Both artistes delivered heavyweight punchlines on the new track.