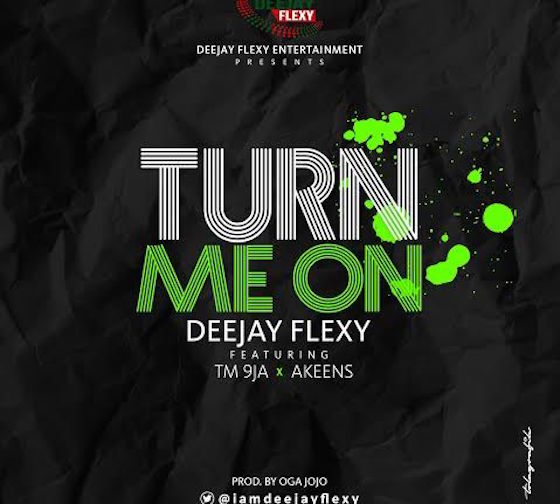 DJ Flexy a.k.a ‘Da Magic Finger’ is a graduate of Olabisi Onabanjo University, Ago Iwoye. He started performing his magic on the turntable professionally in 2006. DJ Flexy has turned up the atmosphere in different a-list events, clubs aside him being a radio DJ.

He was awarded the Ogun State best DJ in 2013 beating many other notable DJ’s in Nigeria Entertainment Industry and he has been consistent over the years, releasing first-class mixtapes such as, “Wiz Party Mix” which featured “Wizkid” and “Davido’s” songs majorly; “Naija Dancehall Mix”, “Throwback Vs Latest Naija Mix” and many others.

He has however decided to release his new effort tagged “Turn Me On“ featuring TM9JA and HME Recording artiste, Akeens.

In addition, “Turn Me On” was produced, mixed/mastered by heavyweight sound engineer, Oga Jojo.