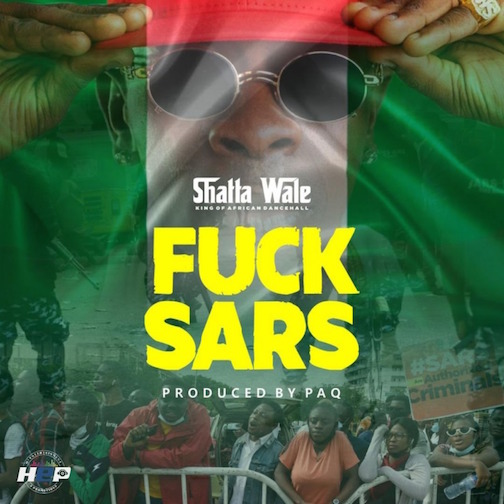 This comes inline with Police Brutality in Nigeria has been one of the most talked about (if not the most) in the past days, with number of celebrities around the world joining the movement.

One of those celebrities is Ghanaian heavyweight singer, Shatta Wale who recently recorded a new music to lend his voice through his platform to join his Nigerian fans in the fight to end the Special Anti-Robbery Squad [SARS] unit in a bid to stop the killings, harassment, youth profiling.

Finally. song was produced by Paq.