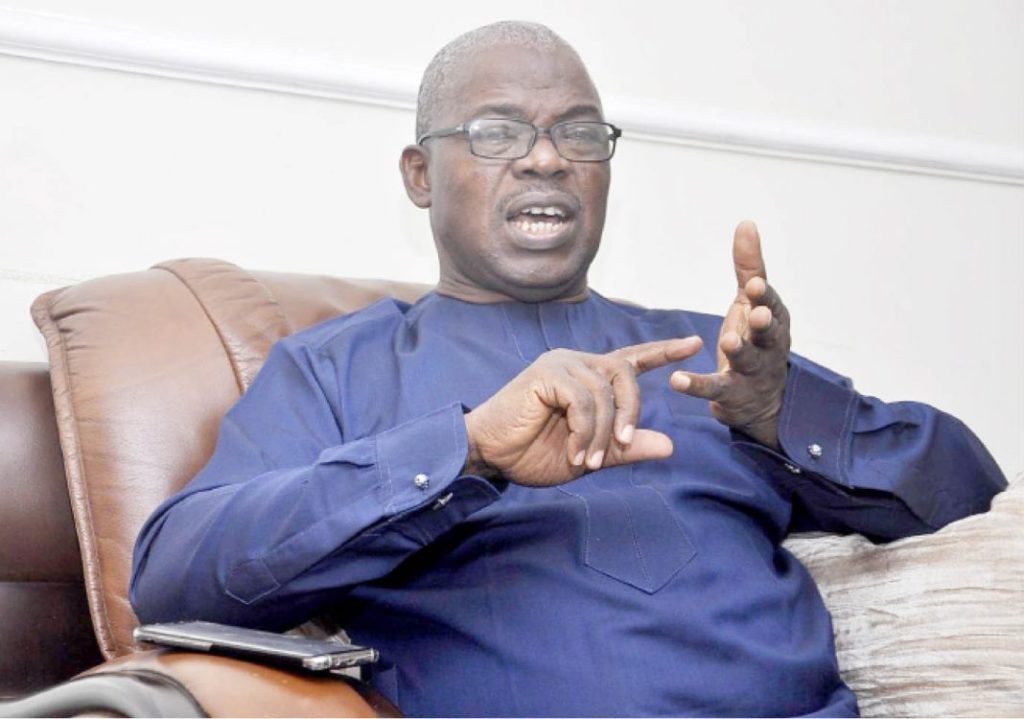 A former governor of Ekiti State, Segun Oni, has submitted his expression of interest and nomination forms to contest the June 18, 2022 governorship election.

He handed over the documents to the National Organising Secretary of the Peoples Democratic Party (PDP), Col. Austin Akobundu, at the party’s national secretariat, Abuja, on Monday.

Oni, who said he was back and better, stressed that the return of the forms demonstrated his intent to contest and win the election.

He said he had toed the path before and was, therefore, familiar with it.

He said: “This moment indeed marks another remarkable phase of our journey, demonstrating our intent and readiness to contest and win, and most importantly, our commitment to serve.

“We have been here before. It is a familiar path; a known terrain in which we made our mark and treated all and sundry with dignity, respect and honour. We brought value to governance and honour to leadership.”

According to him, his administration brought honour to governance in Ekiti State through a people-driven administration, which he said could not be said to be the case now.

Oni said: “Notwithstanding the distractions and cogs mounted to halt the wheel of our journey at the time, we made outstanding gains.

“Under our watch, Ekiti was a cynosure of good governance and efficient government.

“We worked very hard to propel Ekiti to live up true to its motto as the fountain of knowledge in Nigeria. We brought our state to national reckoning. Unfortunately, this may not be the case today.

“To the civil servants, farmers, traders, women, youth and people living with disabilities, our administration remains the best experience they have had in terms of a people-driven government, incorruptible leadership and open government.

Col Akobundu, while receiving the forms, said the PDP would guarantee a level playing field for all contestants.

The PDP National Organizing Secretary said: “Let me remind our brother, the aspirant, that the party is running this important contest today is totally different from the party he contested the last time. The reason being that steadily, this party under our leadership embarked on reforms that would elevate the quality of services of this party principally by opening up the space, insisting on internal democracy and enforcing the policy of free, fair and transparent primaries.

“This, no doubt, places a huge burden on any aspirant because it simply means that, unlike those days, you have no business running around offices at the Wadata because nobody will help you here.

“Only the delegates will help you. As you drop your forms, we encourage you to go back home and don’t come back here again until you win or lose.

“We must put it that way because we know that our brother and friend is not the only aspirant in this race. Somebody will win and other people will lose.”

Other PDP gubernatorial aspirants in the race include Ajijola Lateef Oladimeji, Otunba Bisi Kolawole, Albert Kayode and Aribisala Adewale, who is the incumbent National Treasurer of the PDP.