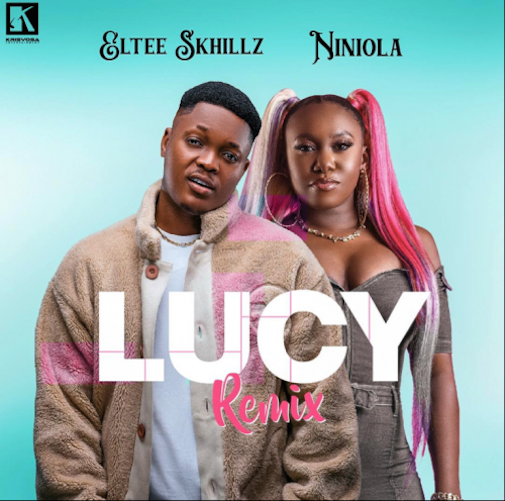 Heavyweight singer, Eltee Skhillz is back with yet a new remix for his trending song dubbed Lucy, mixed and mastered by Spyrit Mix.

On the new single, Eltee Skhillz teams up with Afro House queen, Niniola who delivered catchy hook on this amapiano joint effort.

The track was taken from his recent EP called “BODY OF WORK” which was based on the goofy and naughty side of his ex-girlfriend Luciana.

While releasing the body of work Eltee says;

“Lucy was about the goofiness of Luciana who is my ex- girlfriend. I had the Lucy part as the hook of the song when I was writing the song. I simply remembered Luciana and the idea for the song took shape.”

On why he features Niniola for the remix, he says;

“I featured Niniola in the remix because she was perfect for the song and is also the ‘Amapiano’ queen. I am also a big fan of hers”.