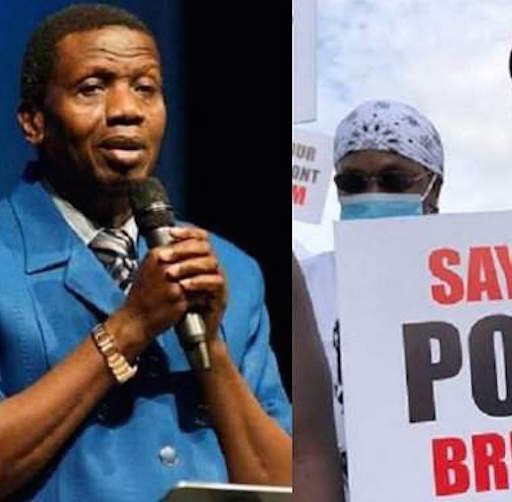 Pastor Enoch Adeboye of the Redeemed Christian Church of God, RCCG, has backed the protest against the Special Anti-Robbery Squad, SARS, and the newly-introduced Special Weapons and Tactics Team (SWAT).

Adeboye said he was backing the youths protesting because they needed to be kept alive.

The clergyman popular called Papa G. O among his followers, stated this in a tweet on his verified Twitter handle on Wednesday night.

Adeboye said he supports to youth speak up for their rights.

According to Adeboye: “Our daughters will not be able to prophesy and young men will not see visions if we don’t keep them alive. I support the youths in this peaceful protest as they “speak up” to #EndPoliceBrutality #EndSARS #ENDSWAT.”

Nigerians across the country have been protesting against police brutality.

The protest had led to the Inspector General of Police, IGP, Mohammed Adamu disbanding SARS and announcing a new formation, Special Weapons and Tactics Team (SWAT).

However, Nigerians are saying they want a total reform of the force and not change of name. 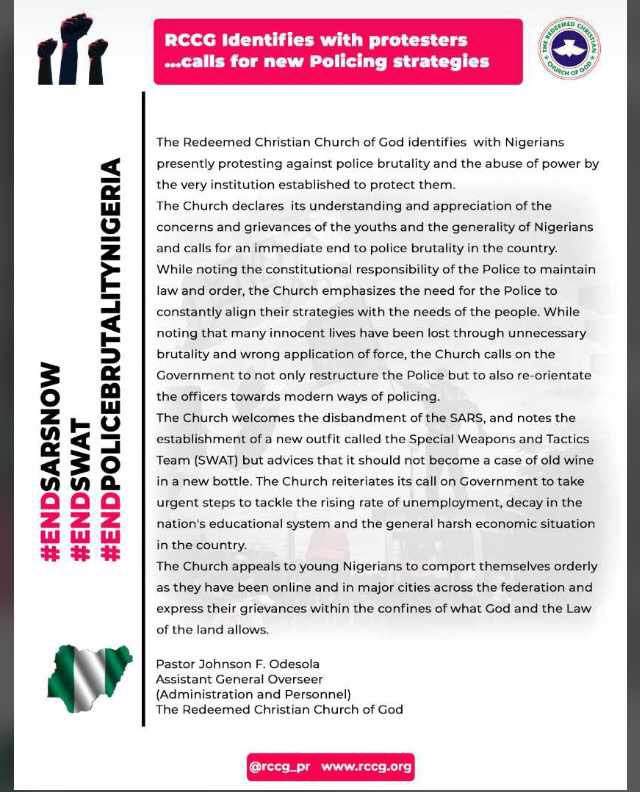