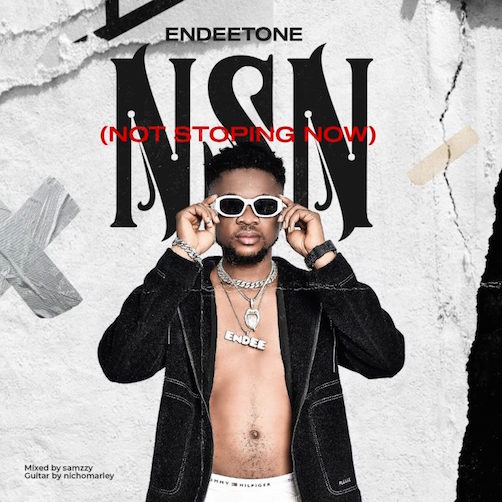 Nigerian popular singer and music producer, Endeetone comes through with a brand new single which he titled Not Stopping Now (NSN).

Fast rising Nigerian Producer and Song Writer is out with a fresh new song for his fans and he titled this one NSN meaning “Not Stopping Now”.

Endeetone has been one of Nigerian consistent music producer. He has been dishing out series of free beat and instrumentals for upcoming/rising artistes and professional disc jockeys.

However, his latest song “Not Stopping Now (NSN)” by Endeetone was self produced, mixed and mastered by Samzzy while Guitar by Nichomarley.