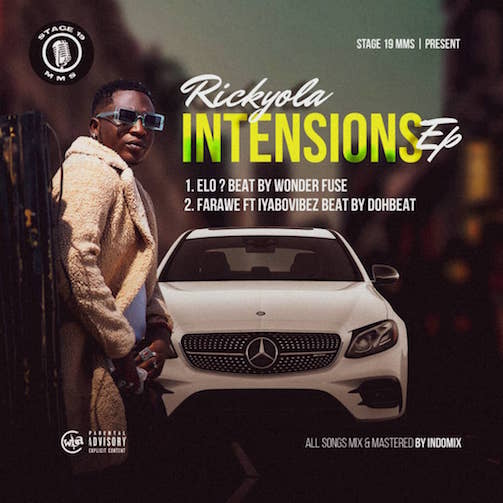 Check out the new EP from Rickyola titled “Intensions”.

The EP contains a total of two (2) tracks featuring one artiste.