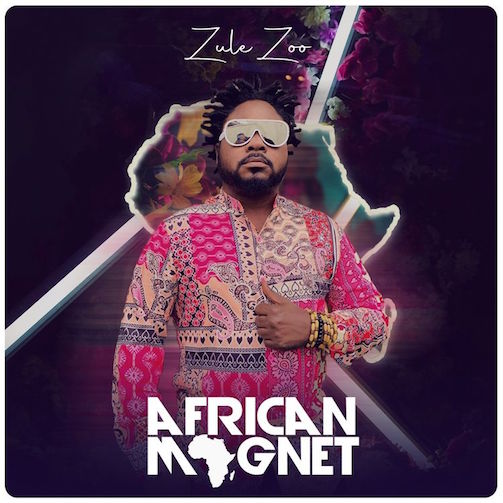 Nigerian heavyweight music legend, Zule Zoo is back once again with yet a new album which he titled African Magnet (EP).

After a long anticipation, Zule Zoo decided to welcome his fans and followers back with an exciting body of work, which he tagged “African Magnet EP”.

They bestride the Nigerian music scene like a colossus and suddenly disappeared into thin air when the ovation was loudest. Zule Zoo, comprising Micheal Aboh and Al-Hassan Ibrahim who came into limelight after the success of their smash hit, ‘Kerewa’, which was banned by the Nigerian Broadcasting Commission, NBC, for obscene content was the delight of many music lover in Nigeria in the early 2000s.

The enchanting duo held the whole country spellbound for the few years they dominated the airwaves with their spectacular dance steps and swaying moves. But no sooner they dominated the Nigerian music scene than they disappeared without traces.

Though they have been silent musically in the past few years, some of their fans are still talking about the impact the group had made on the contemporary Nigerian music.

The group’s reach was so wide and their strutting so seductively suggestive that it attracted the ire of the Nigerian Broadcasting Commission. But for anything, Zule Zoo would be remembered for popularising a genre of music known as the Takuraku beat which projected Nigerian culture through creativity in lyrical composition and innovative use of African percussion instrument. As one of the top musical groups in Nigeria then with a unique, energetic,African cultural dance, the Zule Zoo brothers were on the way to writing their names in gold before they unceremoniously went their separate ways. It was rumoured some time ago that the multi-talented singers were staging a comeback to music, following their plans to remix their hit song, “Kerewa.” But this never happened. While their fans can’t wait to dance to their rhythmic sounds again, the whereabouts of the Zule Zoo brothers is yet to be ascertained. The group became famous after releasing their first hit single “Kerewa” some years back which ruled the airwaves in the country and was later banned.