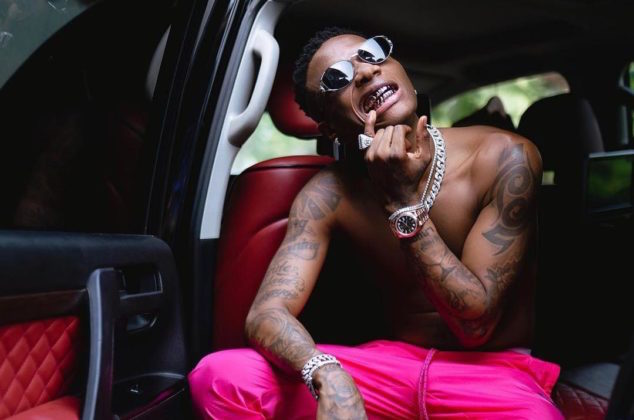 “Essence is the Biggest Song in the World” – Wizkid.

Star Boy superstar, Wizkid has stated that his smashing hit with Nigerian songstress, Tems ‘Essence‘ is the biggest song in the world right now.

The afrobeats superstar who recently is referred to as ‘Big Wiz’ (a befitting name for a Lion) celebrated 10 years in the music industry some days ago and the celebration hasn’t ceased since then.

Performing at his Wizkid Live Party in Abuja hosted at Hustle & Bustle, a nightclub in the Federal Capital Territory, ‘Big Wiz’ requested that veteran Disk Jockey, DJ Spinall should play him the ‘Biggest song’ in the world.

A sold-out show, as usual, Wizkid whose 10 years in the industry has been filled with phenomenal moments stated that his single “Essence” off the Made in Lagos album is the biggest song in the world; who else but Big Wiz!

The Surulere-born star wasn’t just bragging but came through with facts. According to him, Essence is the most played song in Lagos, Abuja, Nigeria, Nairobi, and the world as a whole.

As the ’10 years in the industry’ party continues, Wizkid was seen last night with Grammy award winner Burna Boy partying at a club in Lagos.