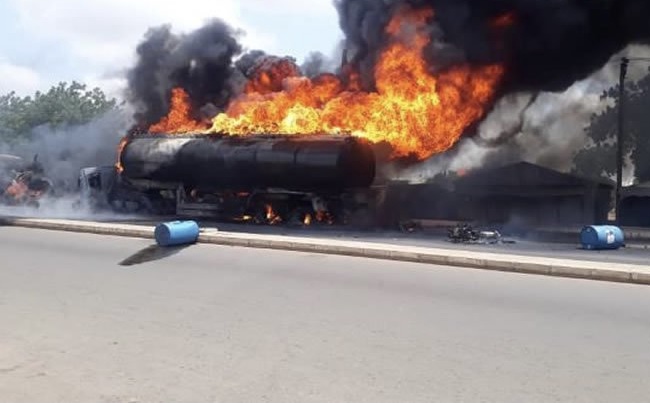 Five persons have died in a petrol fire incident in Mubi town in the northern part of Adamawa State.

Eyewitnesses said the fire started at a filling station in the early hours of Wednesday when fuel was being transferred from a petrol tanker directly into hundreds of jerry cans at Kasuwan Gyela.

Residents told The Press that at least five persons were burnt to death as a result of the inferno while many sustained injuries.

Madobi added that dozens of tricycles parked around the filling station were destroyed in the fire.