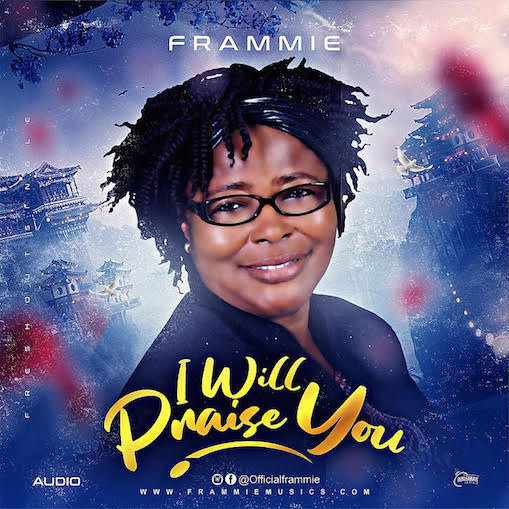 Frammmie comes through with her much awaiting record dubbed I Will Praise You.

“I Will Praise You” was produced by Stephen Okoh (Steve Crisco music).

“I Will Praise You” reminds us of the splendour and wonders of God. It is worship based on the revelation of God’s goodness. It speaks of His mightiness, his splendor, and sovereignty.

It speaks of the trust and the assurance a child of God has in the finished work of Jesus Christ. Proclaiming the goodness of the lord, for all his good works in this COV19 season. Showing his love, kindness, protection, and blessings bringing healing and restoration to the world in such a moment like this.

Franca Nwaeze known as Frammie has been in the scene of music since and released her Solo Album in 2016 called “Say yes Lord”.

However, She’s has released her New Album title “Solid Rock“.

Download Album and has decided to give us a taste of one of the Tracks amongst All.

Frammmie – I Will Praise You.

About DJ Flexy 2288 Articles
I'm a blogger and professional disc jockey known DJ Flexy a.k.a Da Magic Fingers. The founder of Flexymusic Entertainment. Add me on WhatsApp for further enquiry(s): +2348027597073.