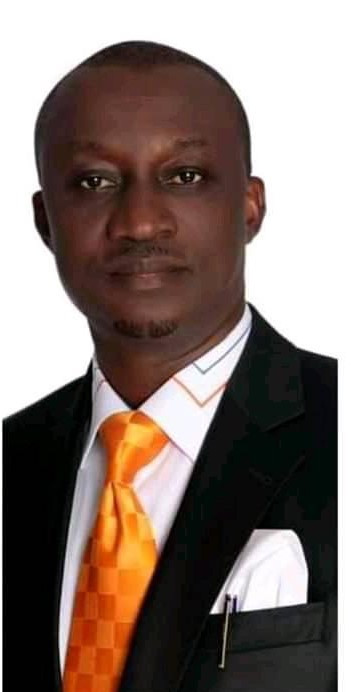 The Special Adviser, Media and Publicity to the Governor, Christian Ita, disclosed this in a statement issued on Tuesday, June 8 in Calabar.

“The State Governor, His Excellency Prof Ben Ayade has approved the relieving of Hon. Francis Etta of his appointment as Commissioner for Special Duties with immediate effect,” the statement reads.

The Governor thanked him for his service to the state and wished him well in his future endeavors.

While no reason was given for the Governor’s action, it is being reported that the commissioner declined to defect with him to the All Progressives Congress, APC.

The Governor has so far sacked four commissioners and five special advisers in his cabinet since he defected from the Peoples Democratic Party (PDP) to the ruling party. 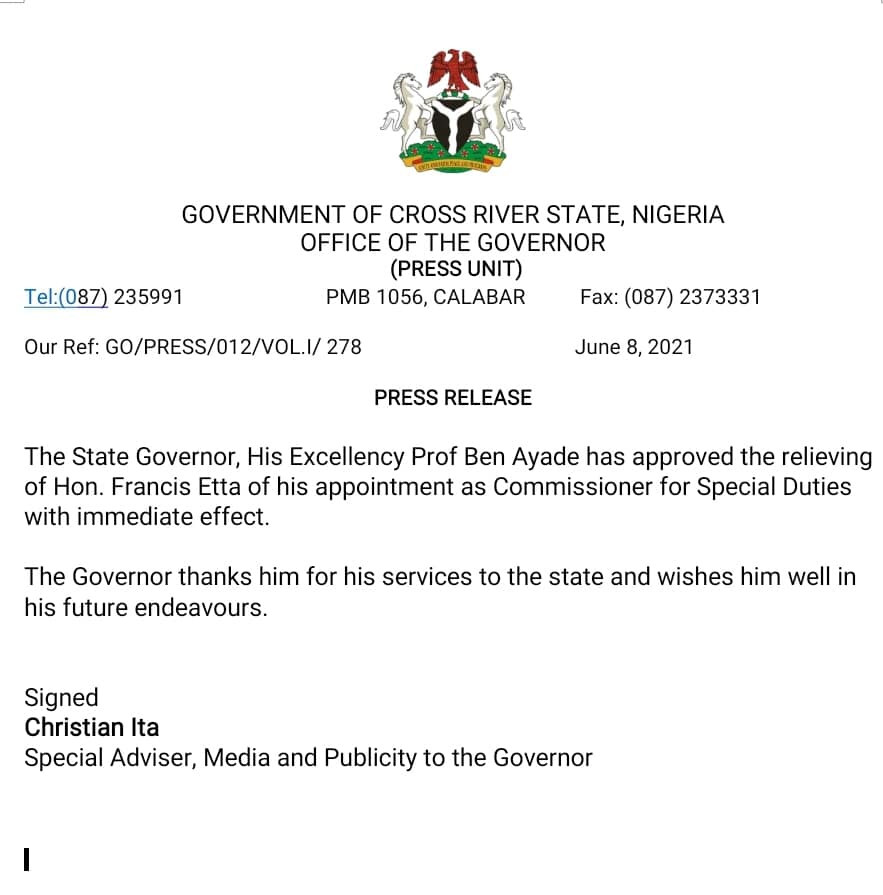