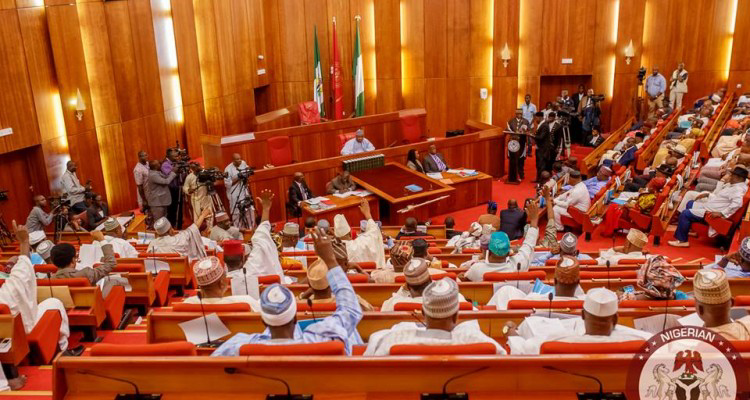 The Senate made the resolution on Tuesday saying that the Independent National Electoral Commission (INEC) is free to determine the mode of transmission of results during elections, including electronic transmission or manual transmission.

This represents reversal of its earlier resolution that INEC can transmit elections results electronically with approval from NCC and the National Assembly.

The resolutions of the Upper Chamber followed a motion titled: “Motion for recommittal” sponsored by the Senate Leader Yahaya Abdullahi (Kebbi North).

Abdullahi in his lead debate said the Senate:“Recalls that the Electoral Act No. 6, 2010 (Repeal and re-enactment) Bill, 2021 was passed by the Senate and the House of Representatives.

“Observes that after critical examination of the Bill by the Senate Committee on INEC, some fundamental issues which require fresh legislative action on the following clauses – 43, 52, 63, and 87 were observed.“Desirous of the need to address the observation by the Committee and make necessary amendments; and “Relying on order 1(b) and 53(6) of Senate Standing Order.

“Accordingly resolves to: Rescind its decision on the affected Clauses of the Bill as passed and re-commit same to the Committee of the Whole for consideration and passage.”

Order 1(b) of the Senate Standing Orders reads: “In all cases not provided for hereinafter or by Sessional or other.

Orders or practice of the Senate shall by Resolution regulate its procedure.

Also, Order 53(6) of the Senate Standing Orders reads: “It shall be out of order to attempt to reconsider any specific question upon which the Senate has come to a conclusion during the current session except upon a substantive motion for rescission.”

The approval followed an amendment to Clause 52(3) of the Electoral Act (amendment) Bill by Senator Aliyu Sabi Abdullahi (Niger North) during the consideration of a report by the Senate Committee on the Independent National Electoral Commission (INEC).

The Committee’s had initially recommended in in Clause 52(3) that “The Commission (INEC) may transmit results of elections by electronic means where and when practicable.”