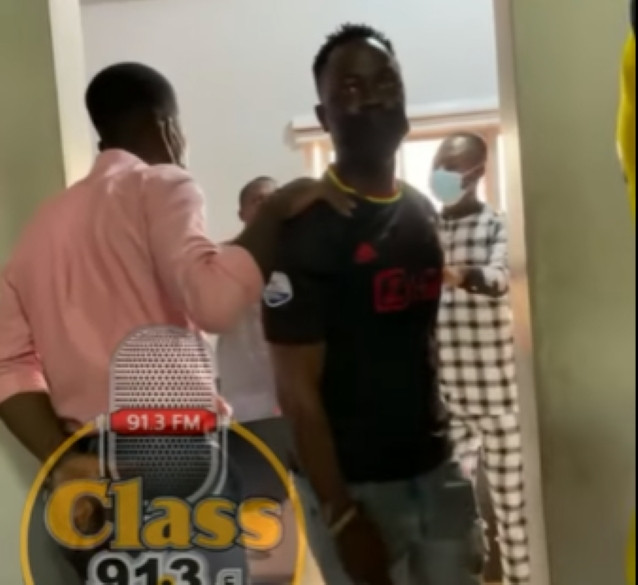 An Accra-based radio station was invaded by armed security operatives earlier this week for “illegal” broadcast of the African Cup of Nations.

It was reported that the police officers in Ghana first tried arresting the station’s news anchor Nana Ama Agyarko for what they described as obstruction of their work and abuse of a police officer.

Class FM reported that after failing to apprehend the female newscaster, the station’s Drivetime host, Docta Kay, was arrested by armed policemen who claimed he also obstructed them from doing their job.

The arrest was effected after three plain-clothed men claiming to be police officers, along with five others claiming to be GBC staff, walked into Accra100.5FM and demanded the station’s permission to broadcast the ongoing AFCON matches.

The men claimed that the station had no right to broadcast the games. As a result, the men and some station personnel exchanged words. Nana Ama Agyarko, a news anchor, suspected the plain-clothed men were not police officers as they claimed because one of them, who had short dreadlocks, wore an earring, and a football jersey over ripped jeans and slippers. The news anchor asked to see their ID cards.

The man reportedly displayed an ID but covered the picture and his name on the tag. This enraged the news anchor, who referred to the unclothed man as a “thief” and a “imposter” and asked him to leave the office.