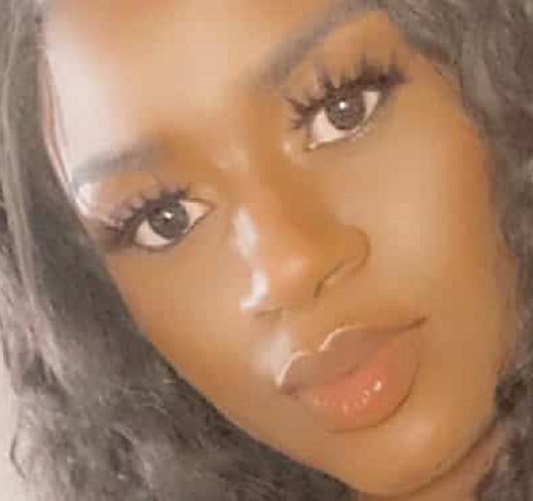 Lady reveals why she will never date a broke guy again

A Nigerian lady, Eniola, has taken to Twitter to reveal why she won’t be dating anybody without money again.

According to her, she once dated a jobless guy who she was helping, but he ghosted her when he got a good job. Eniola also said he lost the job 6 months after and tried to come back to her, but she ignored him.

“I once dated uncle fine boy without a job because I thought he had POTENTIAL, I’d send him money for food twice a month. Well, he stopped calling and ghosted me when he had a good job. I know what having money feels like so I won’t be dating anybody WITHOUT MONEY.

By the way, he got fired after 6 months then he tried to “HEY” his way back into my life since 2016 but his messages are still there ON READ.” she wrote. 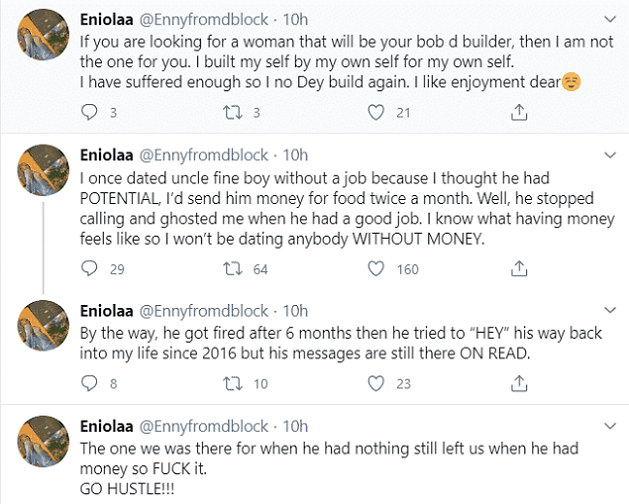