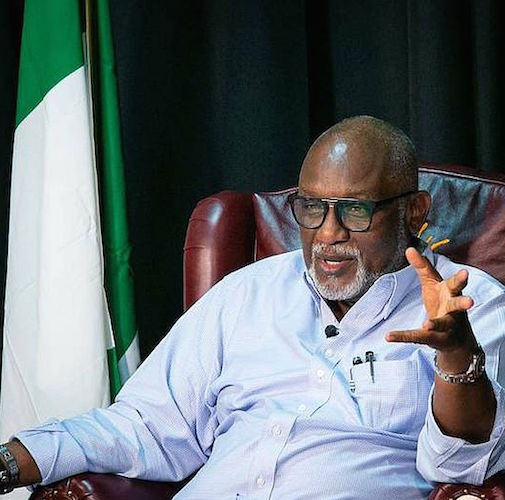 Ondo State Governor, Rotimi Akeredolu, on Friday evening, lifted the 24 – hour curfew earlier imposed to curb the spate of violence in the state.

Hoodlums had hijacked the # EndSARS protests against police brutality to perpetrate mayhem in the state.

The miscreant had attacked a prison in the state , freeing inmates. Several police stations, business premises as well as public and private properties have been looted and torched this week.

The governor while announcing the lifting of the curfew said the decision was taken because of the relative peace being observed in Akure, the state capital.

This was contained in a statement issued by the state Commissioner for Information and Orientation, Doanld Ojogo.

“The decision to lift the curfew follows consultations between the Governor Oluwarotimi Akeredolu, SAN and security chiefs in the state after a preliminary assessment of the security situation in the state.

“The relative peace in the state capital, Akure appears very encouraging just as the people’s resolve, especially the youths, not to allow brigandage under any guise is equally palpable.

“It is, therefore, only normal that law-abiding residents are allowed to go about their legitimate businesses”.