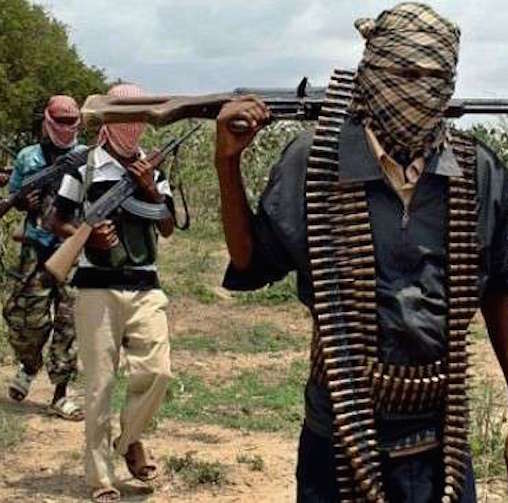 Gunmen stormed a school in southwestern Cameroon, killing at least eight children and wounding a dozen more, according to the United Nations.

The attackers who had guns and machetes arrived on motorbikes and in civilian clothes.

They attacked the Mother Francisca International Bilingual Academy in the city of Kumba, in the country’s Southwest Region, at around midday on Saturday, October 24.

The United Nations described the attack as “the worst atrocity” since the resumption of the school year earlier this month. 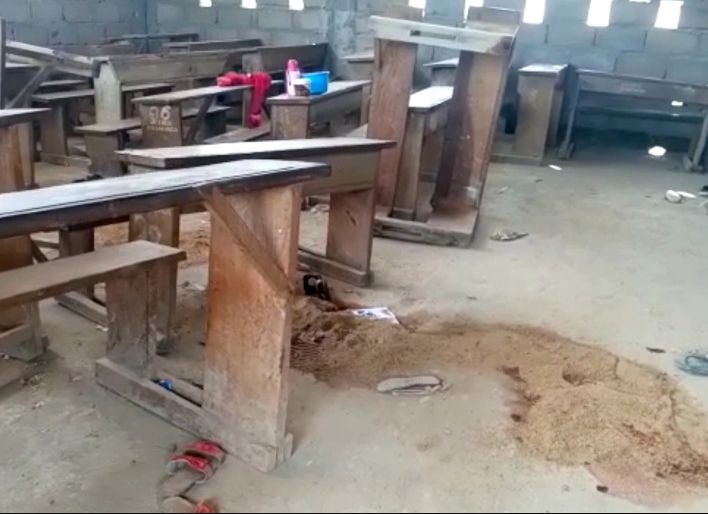 There was no immediate claim of responsibility for the attack. It was not clear if the attack was linked to a continuing struggle between government forces and armed groups in the English-speaking west seeking to form a breakaway state.

“At least eight children were killed as a result of gunshots and attack with machetes. Another twelve were wounded and taken to local hospitals,” the UN’s Office for the Coordination of Humanitarian Affairs (OCHA) said in a statement.

Some children were reportedly injured jumping from second-storey windows. 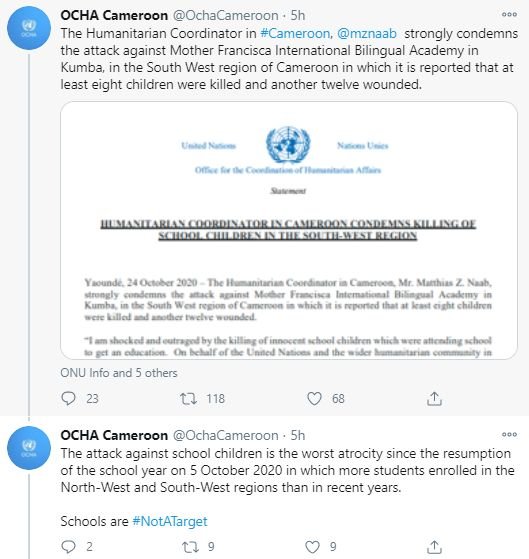 Videos circulating on social media filmed by local journalists appeared to show adults rushing from the school with children in their arms, surrounded by wailing onlookers.

One photo verified by the Reuters news agency showed the inside of a classroom, with blood on the floor and slippers scattered around.

“They found the children in class and they opened fire on them,” city sub-prefect Ali Anougou told Reuters.

Isabel Dione ran into the school to search for her 12-year-old daughter when she heard about the shooting. She found her on the floor of a classroom, bleeding from the stomach.

“She was helpless and she was shouting ‘mum please help me’, and I told her ‘only your God can save you now’,” Dione told Reuters. The girl was rushed to hospital where she is undergoing treatment for a gunshot wound.

Local education official Ahhim Abanaw Obase confirmed six deaths of children aged between 12 and 14 and added that another eight had been taken to hospital.