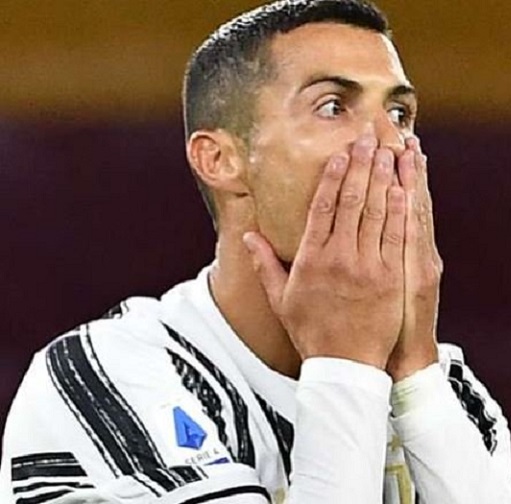 Juventus superstar Cristiano Ronaldo is under investigation for breaching coronavirus protocols following his positive test earlier this month, according to Italy’s sports minister.

Ronaldo was laid low with Covid-19 midway through the international break, having featured in a 0-0 friendly draw with Spain and the UEFA Nations League fixture against France which ended in the same scoreline.

The 35-year-old was forced to miss Portugal’s 3-0 win over Sweden on October 14 after his positive diagnosis, and went straight into self-isolation.

The five-time Ballon d’Or winner missed Juve’s draw with Crotone and win at Dynamo Kiev on Tuesday before posting another positive test a day later, which prevented him from returning for the Serie A clash against Hellas Verona on Sunday.

Ronaldo will have to pass a coronavirus test 24 hours before the Bianconeri’s next European outing against Barcelona in midweek or else his spell in the sidelines will be extended and a renewal of hostilities with long-time rival Lionel Messi will be postponed.

He could also now be facing punishment for breaking quarantine rules while away on international duty, having travelled back to his house in Italy via a private air ambulance after contracting Covid-19.

Previously asked whether Ronaldo had broken coronavirus regulations after leaving Portugal’s training camp, Italy’s sports minister Vincenzo Spadafora said on October 15: “Without authorisation from the health authorities, I think he has violated the protocol.”

Spadafora has now reasserted his claim and revealed that the Juve striker’s actions are being officially investigated.

“Cristiano did not respect the protocol. There is an investigation by the Federal Prosecutor’s Office to prove it.

“The virus has taught us that no one is exempt, obviously they are all people who have tried to respect the protocols as much as possible, but the only solution, in the end, is to stay at home.”