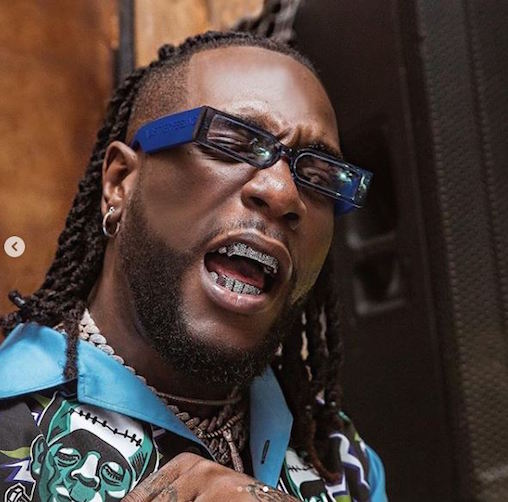 While Nigerian celebrities are standing side by side their fans to protest the ill behaviors of the Nigerian Police Force and demanding a better Nigeria, the self acclaimed ‘African Giant” or rather ‘Odogwu’, is no where to be found.

For someone who mocked Nigerian youths for their current predicaments, one would have thought that Burna would rise to the occasion, happy, and join his fellow country men in the struggle.

In his words “Anything wey dey happen for Nigeria, Nigerians deserve am, yeah, I talk am so.”
“To say we the youths, or una wey dey this Twitter, fit use that same energy. That energy wey una dey use dey tweet NCDC say make dem go arrest Funke Akindele….”

“Make una use am tackle the same politicians that you people have learned to love,” Burna said in a video posted online.

He says we deserve our government after it was reported that the office of the accountant general of the Federation was engulfed by fire. He also reacts to the arrest of Funke Akindele. . . . Do you all agree with him? #burnaboygram #burnaboy #funkeakindele #BoombuzzNG

LOOK AT HIS MATES

We have evidently seen the likes of Wizkid, Davido, Tiwa Savage, Falz, Don Jazzy and several others join the protest.

While Falz has been at the fore front, Davido has been doing his bit by meeting top government officials to ensure a final solution to this menace.

At least we saw Wizkid in London, as he addressed Nigerians and also reassuring them of his support.

Don’t Let Anyone Tell You That You Don’t Have A Voice✊🖤! @wizkidayo live at the #EndSARS protest in UK🇬🇧pic.twitter.com/NkaQOQ4Omt

Amidst it all. We must not forget the reasons we are protesting, we must not forget the peaceful manner of the protests and we must most certainly not back down until our demands are met! Sars ending is a great start but the task is far from completed! pic.twitter.com/DdlYqca49x

If you're not on the street to protest with the likes of Falz , Runtown and other Citizens, you sha dey online seeing the trend #EndSarsProtests

Do yours now by "RETWEETING" with the hashtag #EndSarsProtests for the world to see. 🙏 pic.twitter.com/iuMJIMb5rY

It is also glaring that Nigerians have detected a body language from the singer.

Recently, during the protest, they rejected sounds of the singer. This is something one would have never envisaged during a protest.

They chanted “Fuck Burna Boy” as a fellow protester attempted to play his music.

During an interview, Burna said he addresses his concerns through his music. He went on to say he does not have to be politically correct when he does so.

The singer, after much pressure and backlash from fans, finally spoke out.

He said he would be raising billboards all over the country to support the #EndSARS #SARSMustEnd movement.

My #EndSARS billboards have gone up all over Nigeria. pic.twitter.com/Fcw1sbZSTY

In addition, the Twice As Tall singer said he would be releasing funds to support victims who have been arrested.

Fair enough, the singer kept to his words but would that be enough?

It is clear that the protest is bigger than any individual but it is also clear that it affects everyone.

One cannot deny that seeing our Nigerian celebrities stand side by side their fans, amplifies ginger. We have seen it all over the nation.
To see a Burna Boy on the streets of Lagos, Abuja or Port Harcourt with fans would have been a site to behold.

I dare to say the singer has lost a chance to print his name in the hearts of Nigerians.