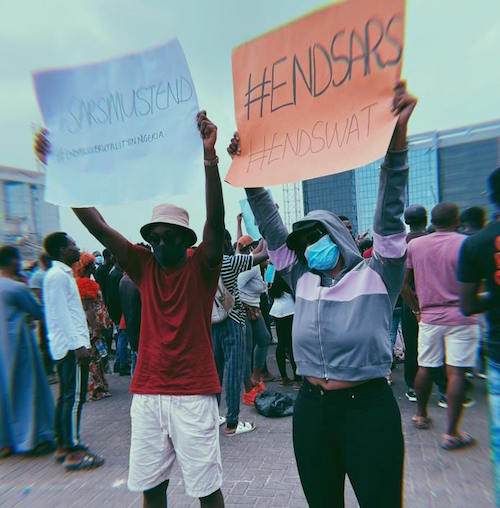 See How Cuppy Disguised To #EndSars Protest At Lekki On Friday.

Nigerian female disc jockey and entertainer, Florence Otedola a.k.a DJ Cuppy has confirmed she did go out to join the #endsars protest at Lekki last Friday.

The ‘Original Copy‘ crooner had revealed she couldn’t go out to protest due to the Covid-19 precautions requirement to have her isolated for 14 days after traveling into the country.

However, a Twitter user posted a picture claiming he saw the billionaire daughter at the Lekki protest last Friday, and Cuppy responded with an eye emoji.

Posting the picture below, he wrote, ‘I think I saw Cuppy at the protest in Lekki on Friday. Truly, we are all in this together. #EndSARS‘.

Few minutes later, Cuppy confirmed she did go to the protest and shared pictures of herself which she captioned, ‘On Friday I went to protest not to please people but because I NEED tell my children that I was part of history. Lazy Nigerian Youth are changing this country for generations to come and as a 27 year-old, I couldn’t be prouder… An experience I will NEVER forget! ✊🏾 #EndSars’ 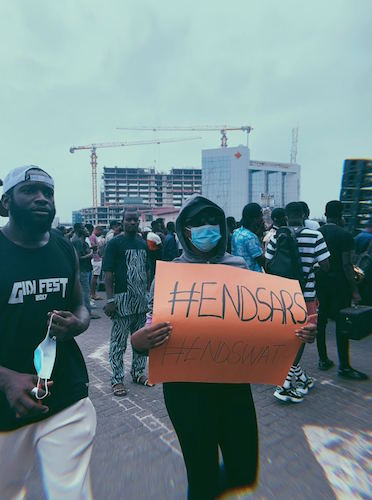 Cuppy did kit up well to hide her face in the pictures above and nobody could’ve easily identified her.