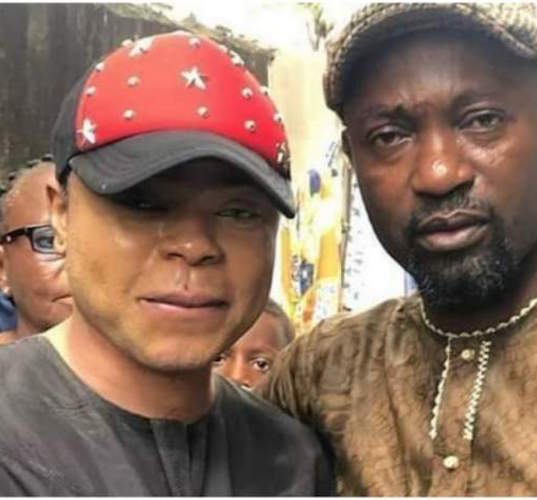 Popular Nigerian cross-dresser, Idris Ogunleye, also known as Bobrisky has stirred reactions on social media after he dressed up as a man to his parent’s house.

Bobrisky, in a viral video on Tuesday, attended his father’s birthday dressed in men’s outfit without no earrings or makeup.

The cross-dresser has since his conversion never worn such outfits.

@Sugarbutterjay “It is obvious that his father is not accepting of who he is. I think he really wanted to be there so when he was given the ultimatum of either coming as a man or not coming at all, he chose the latter. You have no idea what people like him go through here in Nigeria.”

@Jeremiah_Alli “Bobrisky realized her daddy doesn’t tolerate nonsense and can only remember giving birth to a he.

@VictorIsrael “Bobrisky went to his father’s birthday party dressed as a man. Oga already knows African homes are no respecter of Range Rover Velar because if he appeared there as a lady, he must join the women to cook, wash plates and serve food. Desperate time calls for desperate measures.”

@Mohmice “Bobrisky has little respect left for his family, he went there as a Bob and left risky in the house.”

@Oruh_LD “That shows he still has some respect for HOME.Idris at home, Bobrisky on IG. He’s sly like that!