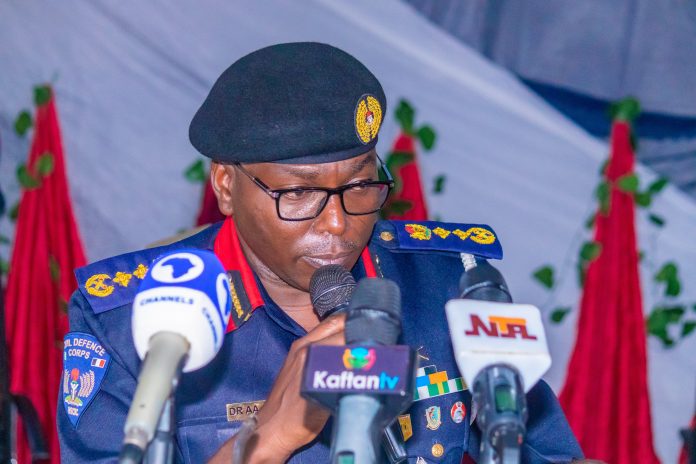 Earlier, we reported that a Coalition of Civil Society Network (NCSN),  had called  for immediate sack and proper investigation of the Commandant over alleged  racketeering of recruitment processes.

The Group also described the recent action by the NSCDC for publishing the newly purchased arms on its official website as unprofessional.

Reacting to the allegations, the Corps in a statement issued on Monday by its Public Relations Officer,  Olusola Odumosu, frowned at the allegation.

Odumosu advised the public to be wary of any frivolous, misleading and malicious information that could distract Dr Audi from effective service delivery.

“The Corps remains a committed, selfless and utterly disciplined organisation with an above-board operational efficiency and coordinated strategy to ensure the fulfilment of its core mandates”, Odumosu stated.

According to him, the Corps is not willing to raise issues with any of the websites that circulated the fake news, but warned them to desist.

“While the Corps does not wish to join issues with anyone on the matter, the commandant-general and the management team wish to assure the public of its sincerity.

“Sincerity to rejig, reform and restructure the Corps in line with a clear ministerial directive to nip current security challenges in the bud”, he stated.