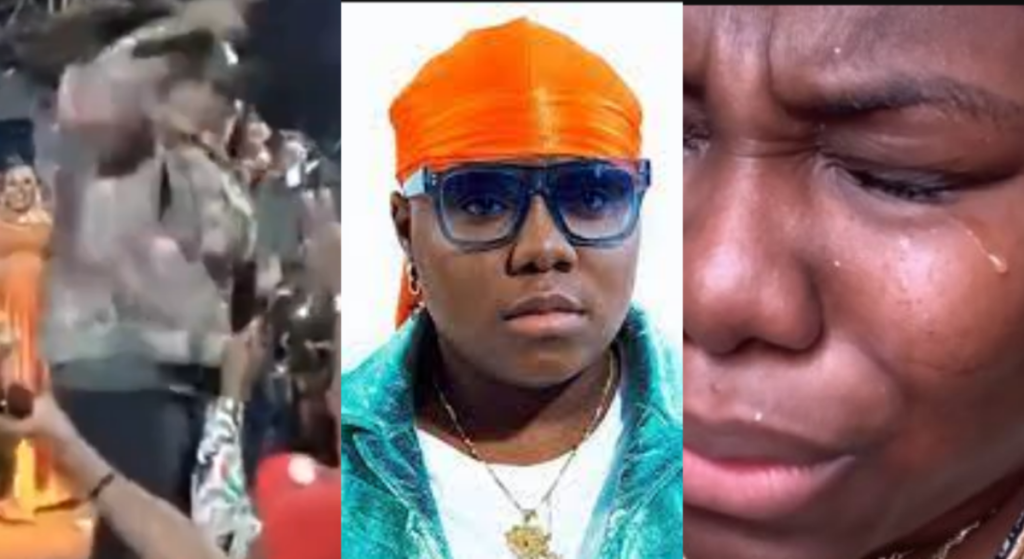 A video which has since gone viral records the certain moment. While performing on stage in Buguma, Port-Harcourt, River State, Teni was almost kidnapped.

According to an eyewitness, the singer’s bouncers foiled the kidnapping attempt by firing randomly into the air.

The video shows Teni run for her dear life.👇 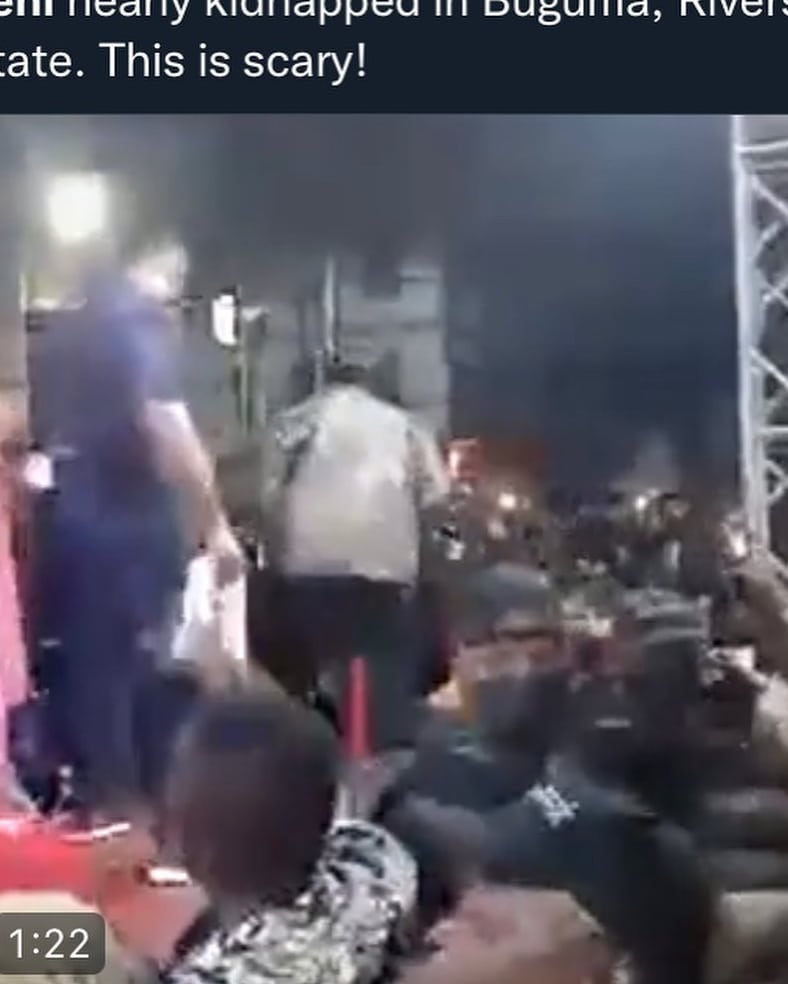 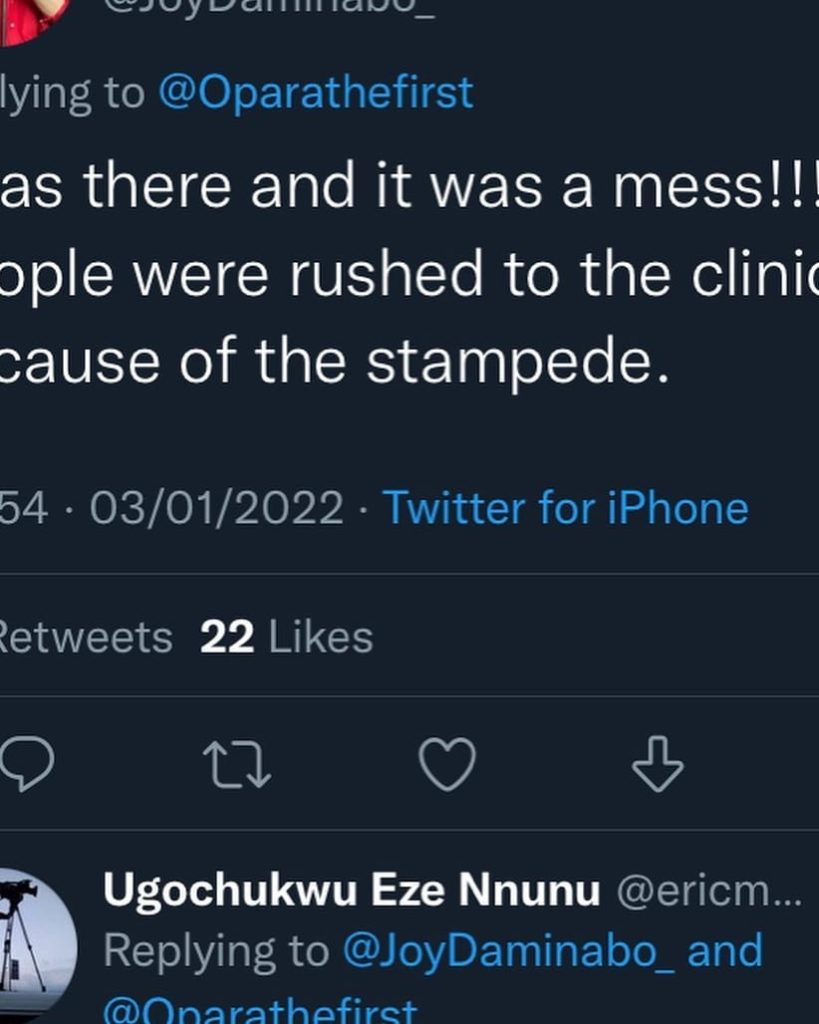 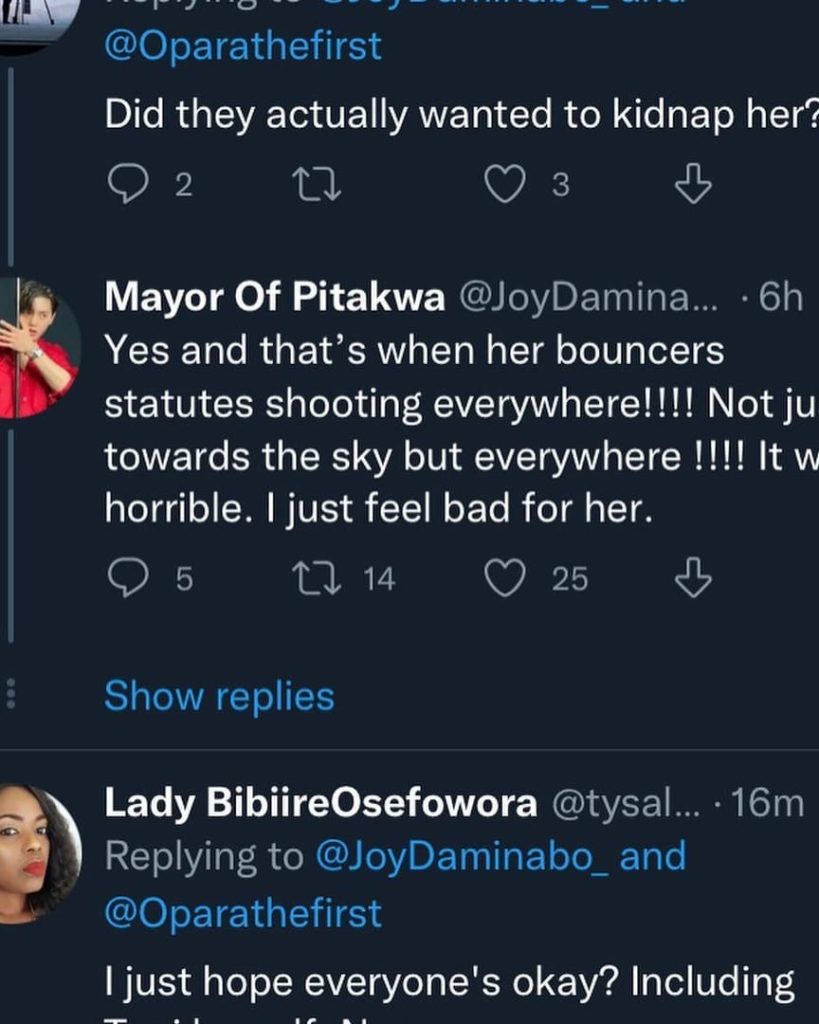 Teni was recently surprised on her birthday by gospel artist Tope Alabi Tope and her entourage, according to reports.

On Thursday, December 23rd, Teni celebrated her birthday with a flashback photo on her Instagram profile, thanking God for the new year.

In a video shared to her Instagram page a few hours earlier, Tope Alabi captured the moment she surprised Teni at her home.

When she spotted Tope Alabi at her house, Teni, who was still laying on the couch in the video, was taken aback.

Tope Alabi prayed for Teni after she sang energetically with the gospel artist.