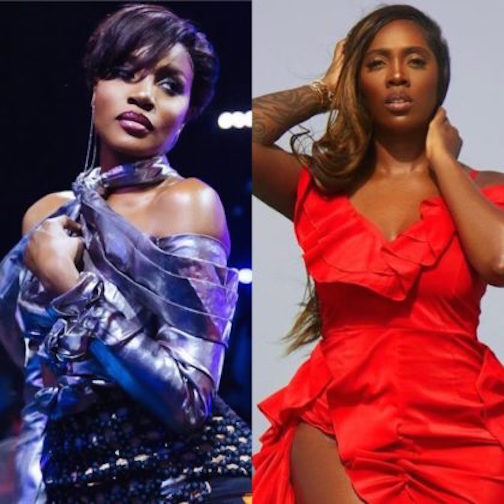 Following the recent fight drama that ensued between Tiwa Savage and Seyi Shay, the root cause has been dredged.

It started when Seyi Shay did the cover for the song “Fvck You” by Kiss Daniel and took indirect swipes at Tiwa Savage.

In her exact lyrics on the cover, she said “You know I’m not savage, I pay my bills”, hinting at the fact that Tiwa is owing a club in Lagos who was about to publish its list of celebrities debtors.

Also, the Kenyan singer Victoria Kimani found herself in the middle of the drama as she was also beefing Tiwa Savage at the time and had also done her cover in the “Fvck You” song challenge dissing Tiwa and Ycee.

She specifically said “Grandma African bad gyal, turning 45 and still claiming bad girl, you can block me from a show but can’t block my blessings”. In her lyrics as she accused Tiwa of blocking her from performing in a show.

Watch the video of the covers by Seyi Shay and Victoria below.