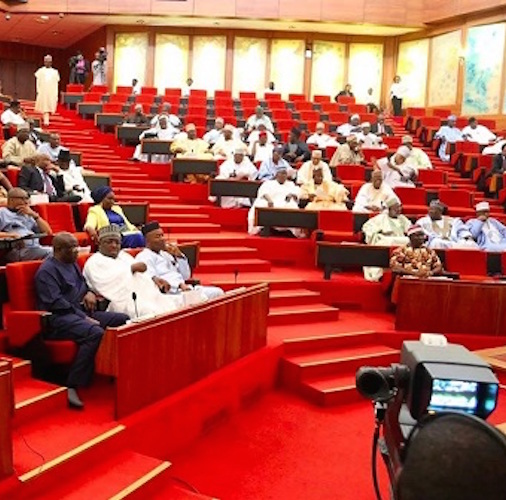 Foreign Affairs Committees to work with Ministers, the Comptroller General of Immigration, Ambassadors, and Consular Officers to develop policies that would make it easier for Nigerians living abroad to renew their passports.

After deliberating on a motion titled “Urgent Need to Eradicate the Difficulties Faced by Nigerians Outside the Shores of Nigeria in Renewal of Passport,” the decision was made.’

The lawmaker said the worst hit are nationals in Austria, Canada, Italy, the United Kingdom and the United States of America.

Urhoghide noted that in the U.S. there are only four centers for passport renewal – Atlanta, California, New York and Washington D.C.

“Applicants spend months trying to renew expired passports. The only ones who get speedy attention are those that pay to the middlemen or directly to the embassy officials,” he said.

The Public Accounts Committee Chairman decried the situation where Nigerians are made to physically present at renewal centers.

Citing capture as the reason given by the Immigration Service, Urhoghide said it was not tenable since applicants’ bio-data are already in the database.

The Senator lamented that at the renewal centres, there exist middlemen who are either working with or for officials of the Nigerian Embassies.

“This is especially true of renewal centres in the U.S. and Italy; videos of this practice are awash on social media. These middlemen demand money from Nigerians to book a capture (interview) date,” he added.