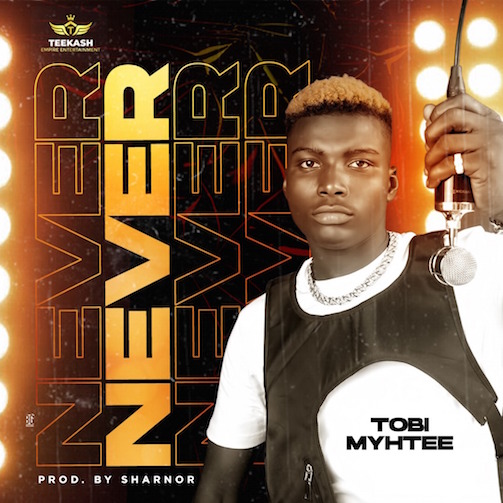 This comes after the successful release of his previously heard track tagged “Hear My Story” featuring Ayafe Viral.

“Never Never” is Tobi Myhtee new release, his Third official single for the year 2020… The afro act with a blend of country, soul and whatever form or genre of music you can think of infused the Han Chinese music into our Afrobeat sound. This new record is an impressive Afro-fusion genre delivered by Tobi Myhtee, produced by Sharnor. Both Teekash Empire Ent music specialists and Prof made good use of Chuigushou, the Chinese Suona instrument with a prefect blend of the Sharnor sound.

“Never Never” is a song would hit you at first listening… Feel the sound and vocals below.