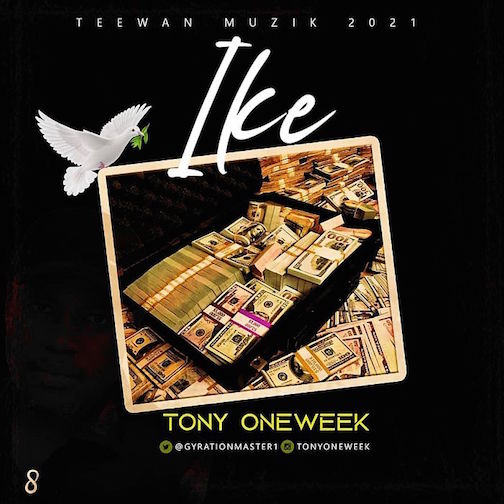 The song was produced by Kazyklef production.

The Gyration Master is unrelenting in his quest to sustain his music genre of over two decades.
Ike is an emphatic creation of a man who is in firm control of his lyrics and groove. This feel good mid tempo Gyration song with a unique gospel twist describes the feeling of festivity when the guys come to town with power (Money).

Ike means power and he presents it in this song as Money. It’s a philosophical venture on his life where he literally dares detractors who basically don’t know how he “prepared himself”. The video actually shows he was “fortified” by God.

The language of the music is mostly Igbo and English. This is how he wants all his fans to start the new year…. with Ike (Power/Money) from God.

Ike was written and performed by Tony Oneweek Muonagor who owns the copyright of same.