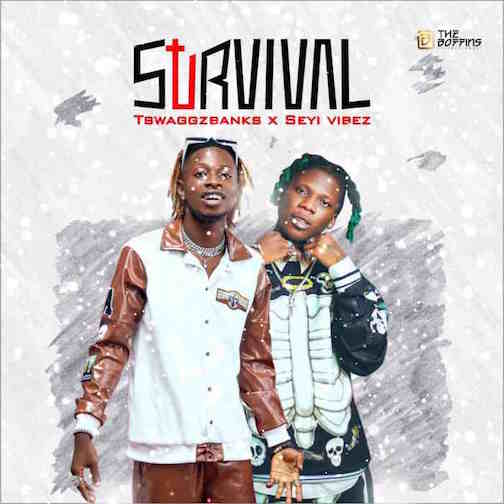 Tswaggz Banks is back once again with yet a new impressive and amazing record which he titled Survival featuring Seyi Vibez.

This mid-tempo track serves as a follow-up single to his then released single titled “Daddy” that was released earlier this year.

Tswaggz Banks is widely known for his bangers back to back and he features Seyi Vibez on this new banger tagged “Survival”. You all should check this out, you will enjoy it

Song was mixed and mastered by AJE.