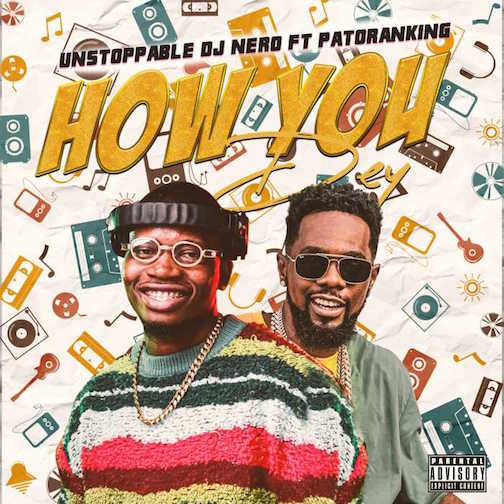 The ever blazing Unstoppable DJ Nero, comes through with a brand new track dubbed How You Dey which features Patoranking.

“How You Dey” is a top-of-the-line creative musical masterpiece, with an electrifying afro beats vibe that easily grabs the attention of every listener.

Unstoppable DJ Nero, whose real name is Anih Chinenye Jeremiah, was born on May 19th, 1995. Although a native of Enugu State, he was born and raised in the ancient city of Benin. He began his music career as a Disc Jockey soon after he left secondary school in 2012.

Over the last decade, he has won multiple awards and has become one of the fastest-growing entertainers in Nigeria. In 2020, he won the VIP Awards as the Best Rated DJ in Nigeria.

Patoranking needs no introduction. His legacy has been cemented in the African music scene. His contributions to reggae dance hall music is probably unrivalled, earning him the name, World Best.

When Unstoppable DJ Nero announced that he was working with Patoranking on a project last year, we anticipated a bumper collaboration but the song has exceeded prior expectations.

“How You Dey” by Unstoppable DJ Nero is another classic jamz.

About Mr Successful 1688 Articles
Hey my name is Successful, I've been on the internet business for many years now. Hustle to be free from poverty & May God Bless Our Hustle 🙏