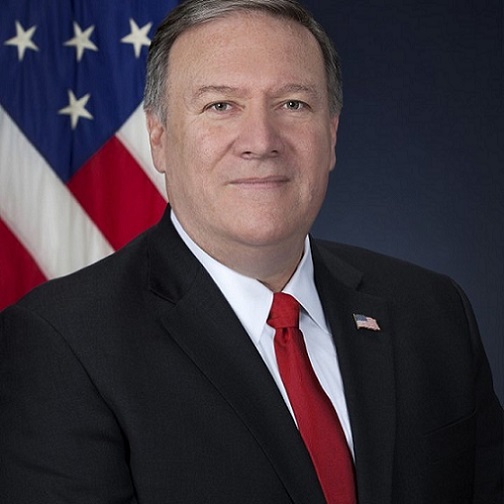 The United States government has sanctioned six Nigerians over $6million cyber fraud against its citizens.

Micheal Pompeo, US Secretary of State, said this in a statement published on the department of state’s website on Tuesday.

Pompeo said the victims were defrauded through the use of sensitive information and financial resources derived by manipulative means which will not be tolerated.

Their names were also included in Office of Foreign Assets Control (OFAC) specially designated nationals list, under the section of “cyber-related designation”.

” Today, in coordination with the US Department of Justice, the Department of the Treasury’s Office of Foreign Assets Control took action against six Nigerian nationals, pursuant to Executive Order 13694 as amended, for conducting an elaborate online scheme to steal more than $6 million from victims across the United States.”

According to the statement, the six Nigerians manipulated their victims to gain access to their sensitive information and financial resources.

He added that the US will henceforth not tolerate such gross misuse of technology.

“The U.S will use all of the tools at our disposal to defend the American citizens and businesses from malign actors that seek to target them, including cyber-enabled actors who prey on vulnerable Americans and businesses,” the statement added.

Recall that Popular Instagram celebrity, Raymond Igbalodely a.k.a. Hushpuppi was arrested in Dubai for allegedly hacking into the United States (US) unemployed database and defrauding citizens of millions meant for native Americans in the battle against COVID-19.

Interpol, speaking on his arrest, said Hushpuppi will be extradited from the United Arab Emirates (UAE) to Nigeria to face alleged multiple fraud charges.