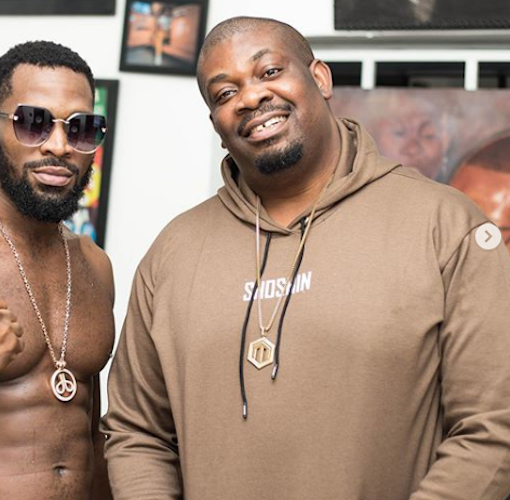 Eedris Abdulkareem, controversial Nigerian rapper, has thrown shades at D’Banj saying he has no talent but ‘razzmatazz’.

He went on to call D’Banj ‘stupid’ for leaving Don Jazzy. According to him, Don Jazzy has the skills to make D’Banj sound better.

Eedris says he has no problem with Don Jazzy but the producer should have not taken shots at Mode 9 who paved way for a better industry.

D’Banj is currently fighting to save his career having being accused of rape by one Ms Seyitan Babatayo.

This got messier when the Nigerian Police Force arrested her. Her Lawyers later revealed she was forced to delete tweets detailing her ordeal with D’Banj.

Later on, Ms Babatayo was seen promoting D’Banjs latest release, a post that has kept fans wondering. According to sources, she was doing so under duress as well.