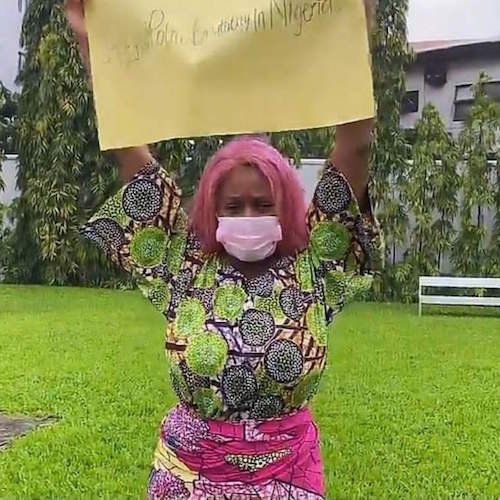 #EndSars: DJ Cuppy comes out in the rain to join the protest.

This is coming after her fans dragged her on Twitter for saying she was making huge efforts for the campaign, behind closed doors.

They stated that Cuppy is a very loud person, and now that it has come to fighting SARS, she’s suddenly silent.

Bowing to pressure however, the billionaire daughter has shared a video of herself standing under the rain and holding a placard against police brutality and SARS.

In her caption, she said the rain and self-isolation could not stop her from joining the fight.