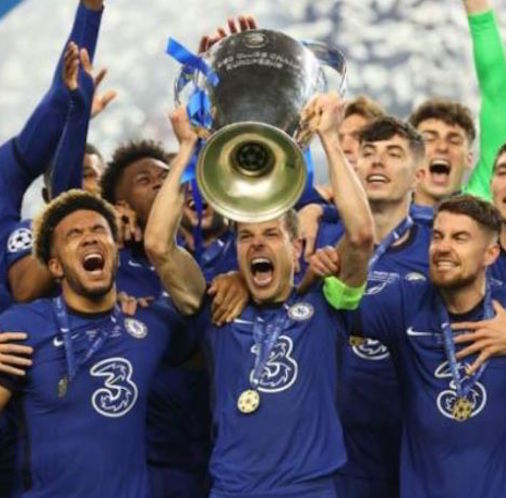 Chelsea players celebrate with the trophy after winning the Champions League.

They won the Champions League for the second time after beating Manchester City in a thrilling final in Porto.

Kai Havertz scored the decisive goal just before half-time, running on to Mason Mount’s excellent ball before knocking it past Ederson and then rolling into the empty net.