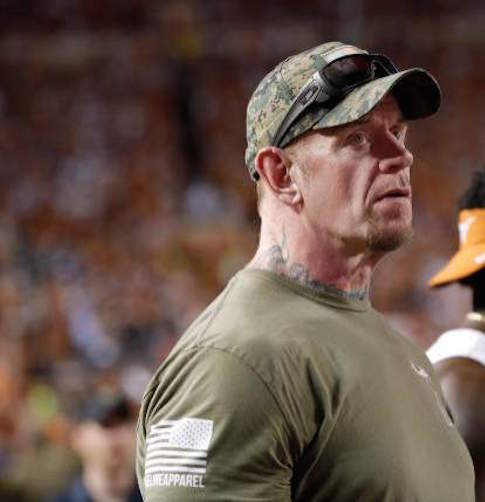 WWE legend Undertaker names his top 4 wrestling greats of all time, excludes himself.

Legendary wrestler Undertaker has refused to name himself in the Mount Rushmore of professional wrestlers as he named his own top four all-time greats.

With real name Mark Calaway, Undertaker who has reportedly been with the Vince McMahon promotion since the year 1990 is arguably one of the greatest wrestlers of all time.

In a recent interview with ComicBook, Undertaker named Hulk Hogan, Steve Cold, Andre The Giant and Ric Flair in his own personal Mount Rushmore.

It could be Bruno [Sammartino]. And I base that on contributions to the business.”

Meanwhile, the WWE has selected the top 50 wrestlers with the unsympathetic persona in the ring and Canadian star Roddy Piper is top of the list.

Piper played a wild character during his spell with the WWE and his popular Piper’s Pit talk show became a household name.

Ric Flair and the legendary Four Horsemen were next on the pile and with the company claim there was no other group as unforgiving as them.

WWE owner Vince McMahon completes the top three as he is widely credited as the villains of all time in professional wrestling.

The ‘Million Dollar Man’ Ted DiBiase and Hulk Higan are ranked in the fourth and fifth place respectively, with Hogan regarded as one of the most successful performers in professional wrestling.