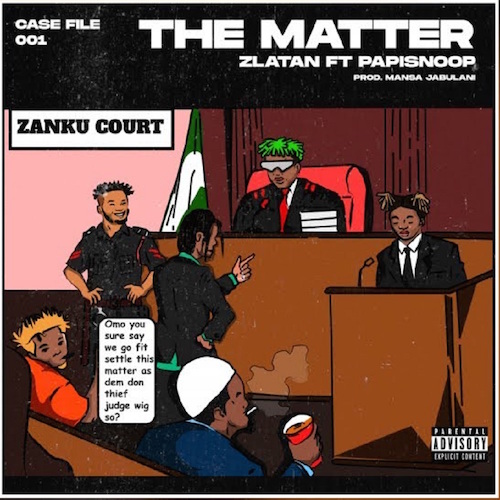 Zlatan has released the official version of his awaiting single titled The Matter in collaborations with Papisnoop.

However, the trending track was produced by heavyweight music producer, Mansa Jabulani.